Have A Mellow, Merry Christmas

A couple evenings ago I heard a lovely rendition of Have Yourself A Merry Little Christmas by the baritone singer, Fr David Delargy, a member the classical trio The Priests during their Christmas With The Priests concert in Belfast. The song always evokes a mellow feeling in me, pulls up memories of Christmases past and reminds me of everything I enjoy about the holiday season.

It was good to feel mellow for an evening as the past few weeks have been hectic. Friends and family won’t be surprised to hear that I haven’t had a chance to write and post my Christmas cards yet – I think I may be sending New Year’s greetings this year…

What’s kept me so busy during the past couple months? Firstly, I was involved in three anthologies that have been launched since late October. I’ve contributed stories to each of them, proofread two of the books and I co-edited one of them. Writers Abroad launched Foreign and Far Away, a collection of writings by expat writers around the world on 21st October.  Fermanagh Writers followed with Tails of the Unexpected, a collection of animal stories and poems on 21st November and finally Fermanagh Authors’ Association’s Fermanagh Miscellany 2014: A Decade of Commemorations was launched on 4th December.

I also participated in the Sweet Romance Christmas Giveaway, a contest with prizes that included Amazon vouchers and a bundle of 15 romance novels and short story collections. Twelve writers contributed romances to the contest. My contribution was my short story collection, Dancing Shadows, Tramping Hooves which is a mix of romance and ‘feelgood’ fiction. I loved the camaraderie of working with the other writers who submitted romances to the giveaway and I’ve also been enjoying their books. At the moment I’m reading An Uncommon Prince and Other Stories by Lucy Naylor Kubash. The stories are powerful and poignant.

Finally, last week my historical fiction, Hitler and Mars Bars, was discounted for five days in a Kindle Countdown.

Launching books and running giveaways and Kindle Countdowns are all about making readers aware of the stories. After all, people can’t read books that they don’t know about. And it takes time to let them know they are there. So that’s why my Christmas cards will be late this year.

Even though it’s tied up my time, I’ve enjoyed getting the word out about all these books and contests. 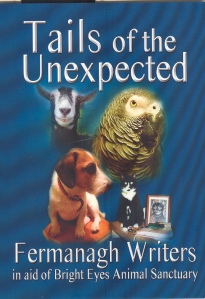 The one I’ve most enjoyed promoting is Tails of the Unexpected as all the proceeds from sales are going to help Bright Eyes Animal Sanctuary in Co Fermanagh. To let readers know about this book I’ve posted on this blog and on Facebook, talked about it on BBC Radio Ulster and I’ve taken my turn at Christmas Craft Fairs selling copies of it. It felt great every time I saw a book sold as I know the money is going to a worthwhile cause. Launching any book is exciting but the success of this one gives me a special pride.

I’ve done all I can for now to get the word out about all of these books so I’m going to wind down a bit and enjoy the holiday season. There’s a fire in our fireplace and the cat is lounging near it. I’ve already hung a star from the highest bough – it’s a red velvet one with gold trim. So now I’ll just sit back and watch the flames dance in the fire. It’s time to enjoy Christmas and reflect on the past year. After the holiday season I’ll be refreshed and full of new stories to jot down.

I hope everyone reading this post will also have the opportunity to enjoy the holiday season.  Enjoy, reflect and have a mellow, Merry Christmas. 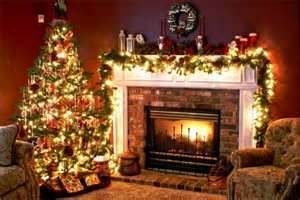 I'm a Canadian writer and author, living in Britain. My first novel, 'Hitler and Mars Bars' was released in March 2008. More information abo
View all posts by Dianne Ascroft →
This entry was posted in December 2013 and tagged A Decade of Commemorations, An Uncommon Prince, Bright Eyes Animal Sanctuary, Christmas greetings, Dancing Shadows Tramping Hooves, David Delargy, Fermanagh Miscellany 2014, Foreign and Far Away, Have Yourself A Merry Little Christmas, Hitler and Mars Bars, Lucy Naylor Kubash, Tails of the Unexpected, The Priests. Bookmark the permalink.