Does A Picture Say It All?

What’s that saying about a picture and a thousand words? Yes, that one. If you read my previous post you’ll know I’ve been playing around with images lately. Since my first foray into ‘memeing’ I’ve ventured into the world of Canva.com. I’m trying to create images that will give give visitors to my Facebook page a flavour of some of my Short Reads before they open the books.

Below are several I’ve created for Keeping Her Pledge. What do you think of them? Here’s the first: 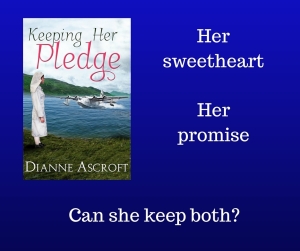 And the last one::