There’s a Canadian crime novelist that I really enjoy reading: Micheal J. McCann. I’ve read and reviewed a couple of his crime novels over the past few years. The first book I read was The Rainy Day Killer. When reading crime fiction, I gravitate toward cosy mysteries. The Rainy Day Killer was much darker than I’m used to but I enjoyed the story. So, I was happy to read his novel, Sorrow Lake, the first book in the March and Walker series, when it was offered to me. I steeled myself, expecting it to be as graphic as the earlier book but, it wasn’t. I found myself immersed in an interesting police procedural that didn’t contain too much gore. So when I was asked to review Burn County, the next book in the March and Walker series, I eagerly did so.

Here’s the publisher’s summary of the book: “The latest in a series of barn fires in Leeds County turns 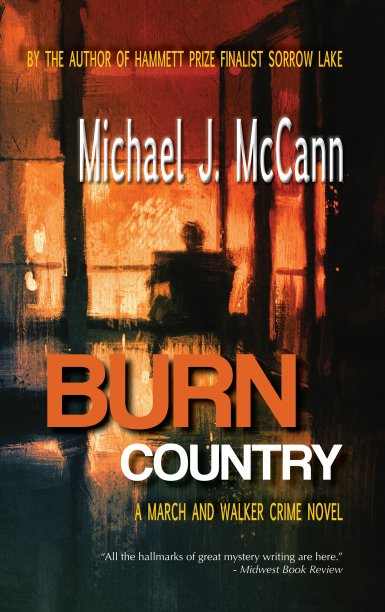 ugly when a body is discovered inside the burned-out husk of an old hay barn near the village of Elgin.
When the victim turns out to be Independent Senator Darius Lane, a renowned artist and social activist recently appointed to the upper chamber by the prime minister, Detective Inspector Ellie March of the Ontario Provincial Police finds herself coping with an RCMP national security team which must first assess whether the senator’s involvement in sensitive government business led to his brutal murder by forces hostile to Canada.

While Detective Constable Kevin Walker works the case files of the previous barn fires looking for a serial arsonist within Leeds County who may have killed for the first time, Ellie discovers that the intervention of RCMP Assistant Commissioner Danny Merrick, unexpectedly polite and charming, will place her directly in the cross-hairs of a homicide investigation with national repercussions!

This is the second book in the March and Walker Crime Novel series and the sequel to Sorrow Lake, which was shortlisted for the 2015 Hammett Award for best North American crime novel.”

Burn County is the second book in McCann’s March and Walker detective series and, as I’ve mentioned, it has a different tone from his Donaghue and Stainer crime series. I have to admit that it fits better with my comfort zone – an intriguing plot that picks up pace a bit as it nears the climax but not too much graphic violence. There’s nothing in it that would make me squirm and screw my eyes shut but the author didn’t lose sight of the fact that the story centered around a murder and the details of the crime aren’t glossed over.

The story revolves around the hunt for an arsonist who has set a series of fires and for the killer of a famous artist, and the law enforcement officers involved in the cases, particularly Detective Inspector Ellie Walker, an experienced detective managing the murder case, and Detective Constable Kevin Walker, who is a junior member of homicide squad. I thought there was too much explanation of the police investigation procedures and also too much focus on the jockeying for jurisdiction within the law enforcement hierarchy in Ontario as the story opened but, once those details had been explained, the story moved along at a good, steady pace and I became engrossed in trying to put together the clues to solve the cases. I enjoyed the subplot revolving around the jealousies and power struggles within the provincial police department, as officers vied for prominent roles within the investigation, and also competed to be considered for promotion.

As I’ve said, the story is about two investigations and the people involved in them as the police hunt for an arsonist and a killer, not knowing whether or not they are the same person. I found the interaction and sometimes tension between the characters as interesting and absorbing as the actual case. I particularly liked the main characters, Ellie March and Kevin Walker. Following on from Sorrow Lake, the author gives readers deeper glimpses into their private lives outside the investigation, and also into the mentoring relationship between March and Walker. This adds depth to the story as readers develop a better understanding of characters’ actions and decisions. I would have liked more interaction between March and Walker though as the series is based around them. For most of the book they operate separately from each other. Although March is interested in Walker’s progress as a detective, she has little contact with him.When I heard the series name, March and Walker, I assumed the two detectives were a team.

The story is set in a small town and the surrounding countryside in Northern Ontario in Canada. The landscape and the weather are both important to the story and the author vividly paints scenes that the reader can step into. He also sensitively portrays the problems the rural poor encounter and the well-drawn character, Jeremy Poole, poignantly conveys their lot. The author also has a good grasp of the internal structure and procedures of Ontario’s regional police force and the Royal Canadian Mounted Police and these details add authenticity to the story.

I found Burn County an entertaining read. I liked the characters and found the plot intriguing and steadily paced despite the necessity to explain the bureaucracy behind the investigation. I want to get to know Ellie March and Kevin Walker better and will happily read the next book in this series. So I have no hesitation wholeheartedly recommending this book.

Burn County is available on Amazon and other online retailers. 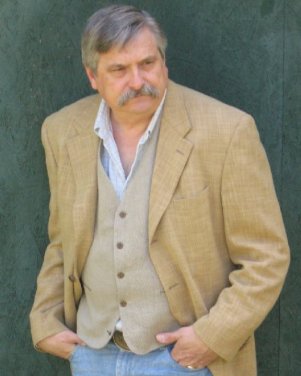 He is the author of Sorrow Lake, the first March and Walker Crime Novel, which was shortlisted for the 2015 Hammett Award for best crime novel in North America.

He is also the author of the Donaghue and Stainer Crime Novel Series, including Blood Passage, Marcie’s Murder, and The Fregoli Delusion. The Rainy Day Killer, the most recent in the series, was longlisted for the 2014 Arthur Ellis Award for best crime novel in Canada.

2 Responses to Thoughts on Burn County