Welcome, Bev. Let’s get started, shall we?

Tell us about your novel. What prompted you to write about this historical event? How closely did you stick to the historical facts? If you used them loosely, how did you decide whether to deviate from them?

Bev: I heard family rumors about my grandfather at a family reunion about twenty-five years ago. I was 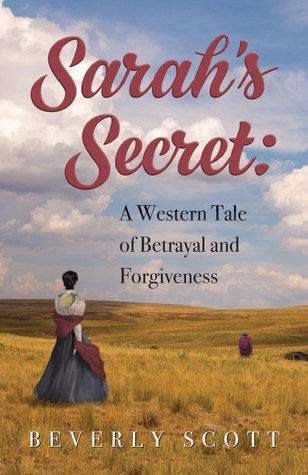 intrigued and wanted to learn more. When my career wound down, I began a genealogy search at the National Archives since my grandfather was a Civil War Veteran. As I sorted through the yellowed pages of forms, correspondence and depositions, I discovered he was born in Indiana in 1840 as John Howard, (we knew him as Harvey Depew or H.D.) and the rumor was true! He had another family.

I continued my genealogy journey searching the US Census. He and his family were listed in the 1870 Census in Texas but he was missing in the 1880 census. Going back to the Archive documents, I found clues: his wife Harriet stated he left her destitute with her sixth child in 1878 when he went into town for a load of corn and never returned; H.D. claimed he worked cattle and that he had been a cook. Since 1878 was at the peak of the long-horn cattle drives from Texas to Kansas, perhaps he joined a cattle drive. However, there was no record of him in Texas or Kansas. He literally disappeared in 1878.

I found him under his new name in 1890 in Wyoming. He had filed a land claim. There, he met and married my grandmother, the local school teacher. With so little information about my mysterious grandfather, I concluded the story needed to be fiction. I used the bones of the story I had uncovered but the emotions, motivations and dialogue are from my imagination. I filled in the context and historical background of the story. The section focused on the character based on my grandfather is almost totally created from my imagination.

I used historical facts that I found in my research and wove them into the story. For example, I discovered there was a town in Kansas, Nicodemus, which was settled by freed slaves after the Civil War. I knew that my grandmother’s family had been opposed to succession and supported freeing the slaves. Since my protagonist, Sarah was traveling North by wagon through Kansas to return to Nebraska and her family, I thought it would add interest to the story to describe Sarah and her children unexpectedly encountering a black family in the middle of Kansas living near Nicodemus.

Sarah follows a narrow path with her seriously ill daughter to find help. She discovers a welcoming family descended from former slaves who willingly share their modest home for several days while Sarah nurses her daughter back to health.

Bev: Since I began doing genealogy first, my research began at the National Archives in Washington, D.C. which held a treasure trove of documents, the result of my grandfather’s pursuit of Veterans Benefits. I also visited my grandfather’s birthplace, the other places he lived either in his first or second marriage. I used census records to track down births and residences. At the time, I hadn’t expected to use this research for a fictional story but it turned out to be invaluable.

Once I determined that the story would be fiction, I read books and stories about the time period, such as the period of long-horn cattle drives from Texas to Dodge City, Kansas, I pursued specific questions on-line such as “was there a bridge in 1911 across the Canadian River between Texas and Oklahoma?” I found books of cowboy slang and read descriptions in libraries of dugouts and sod houses written by homesteaders besieged with drought, snowstorms, and hostile Indians. When it supported my story, I used quotes from the depositions in the National Archives files and descriptions from hand written family stories donated to historical museums.

After I began writing, I was grateful for the easy access via ‘Google’ to find information in the moment when I needed to know some historical details. I also discovered that much of the fun of writing historical fiction is the research and integrating what I learned into the story to give more vivid details to the reader.

Bev: The characters in my novel are totally invented. I did not use any public historical characters. I based the character of Sarah on the qualities I remember of my grandmother. As I wrote the section focused on Sarah, my writing flowed and it was easy. I felt as if I was channeling my grandmother. I am sure many of those qualities are imaginary memories since I have only childhood recollections of her before she died when I was in the seventh grade.

Sam, the character who represents my grandfather in the story, is totally created from my imagination. Since I had no knowledge of what my grandfather was like nor did I have any family members who knew him, I had the opportunity to invent his character. I struggled how to describe a man who would abandon his first wife and family and yet, be the kind of man Sarah would marry. Once I settled on who he was and how he would act, then I thoroughly enjoyed the creative process of writing his adventures. Because I felt more license to be creative, I had more fun writing about Sam, but Sarah was easier.

Bev: Because I had visited the places that were key locations in the story when I was doing my genealogy search, I had a visual picture of these places. Since most of them were rural or small towns, I could more easily visualize their appearance in the 1880’s or the early twentieth century. I utilized photos, descriptions and books to help me create the places, people and dialogue in the story. Several of the historical museums I visited had letters and hand-written stories of early settlers, their lives, the challenges they faced and the dwellings they built. I also found stories written by cowboys who drove the cattle north, vividly describing the details of a long-horn cattle drive. I read, too, about the wild frontier atmosphere in Dodge City. Finally, my real extended family was mostly from rural and farming communities. Their language and dialogue was familiar from my childhood.

Bev: Since my novel is based on the lives of my grandparents, I wanted to include both characters. For me, as I mentioned above, it was easier creating and writing about Sarah. I believe that is because I had memories of the real person she was drawn from. However, with the greater creative license in developing Sam and his adventures, I had more fun.

I agree that male characters do seem to have more “scope” in historical novels. I specifically wanted to write about a strong female character. We need to have more stories of women and the importance of their contributions to our history. I am pleased that I wrote about a primary woman protagonist who can offer inspiration and be a role model to us today.

Thanks for answering my questions, Bev.

Sarah’s Secret is available on Amazon and other online retailers.

About Beverly Scott: Bev specialized in serving executives and managers as a leadership coach and

organizational consultant for over thirty-five years. She taught organization psychology and founded The 3rd Act, a program whose mission supports positive aging. As she grew into her own third act, she started a genealogical journey to uncover the details of her grandparents’ lives, which culminated in her novel, Sarah’s Secret. Bev previously focused on publishing non-fiction work, including the second edition of “Consulting on the Inside,” which she co-authored with Kim Barnes, published in 2011. She has written numerous professional articles and contributed to “70 Things to Do When You Turn 70,” edited by Ronnie Sellers and Mark Chimsky. Bev blogs on several sites, including her own, “The Writing Life” www.bevscott.com. She enjoys traveling, visiting with friends, reading and spending time with her grandsons. She lives with her spouse in San Francisco.

I'm a Canadian writer and author, living in Britain. My first novel, 'Hitler and Mars Bars' was released in March 2008. More information abo
View all posts by Dianne Ascroft →
This entry was posted in Uncategorized. Bookmark the permalink.