Today I’ve invited Ken Czech, author of Last Dance in Kabul to visit Ascroft, eh? to tell my readers a little about his forthcoming novel.

Welcome Ken. Let’s get started, shall we? 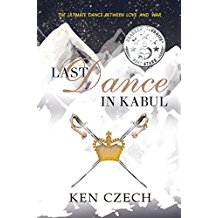 KC: Thank you, Dianne, for inviting me. LAST DANCE IN KABUL is set in 1841 Afghanistan. When his superiors ignore his warnings of an impending Afghan insurrection, Reeve Waterton vows never to return to Kabul. But then the ex-army captain rescues strong-willed Sarah Kane from an ambush, and his plans for civilian life and self-preservation unravel around him. At first Reeve dislikes Sarah as much as she loathes him. It’s only after Reeve’s closest friend is brutally murdered and the Afghan tribes explode in revolt that he and Sarah discover their desperate need for each other.

Quite frankly, everything that could go wrong for the British goes badly wrong. Winter strikes early and heavy snows blanket the mountain passes outside of Kabul. Blizzards howl and temperatures plummet as tens of thousands of vengeful tribesmen gather to pounce on the retreating British force. Caught in that unfolding debacle, Reeve and Sarah must rely on their skills, courage, and new-found love just to survive.

KC: I came across a painting by W. A. Wollen titled “The Last Stand of the 44th Foot at Gandamack” while teaching 19th century European History at my university. That painting depicted a ragged, freezing group of British regulars surrounded by Afghan fighters among the rugged peaks of the Hindu Kush. It caught my imagination and I proceeded to dig deeper into the historical facts. What I discovered was the ineptitude of British leadership in Afghanistan that led to the massacre of 15,000 British and Indian soldiers and camp followers.

How closely did you stick to the historical facts?

KC: I followed the timeline of events unfolding in Kabul from autumn 1841 to January 1842 very closely. The actions of my main characters (Reeve Waterton and Sarah Kane) are woven throughout the fabric of the political and military issues arising in Afghanistan through that period.

KC: Two primary sources penned by survivors aided me immensely in incorporating eyewitness details into my story. Additionally, I consulted a number of secondary sources that described the events occurring in Afghanistan. William Dalrymple’s book “Return Of A King” was particularly helpful since in included rare Afghan primary accounts. My university loaned me maps that helped establish geography and topography. Several modern works concerning the ongoing conflict in Afghanistan revealed tribal relations that stretch back for centuries.

Do you use a mixture of historic figures and invented characters in the novel? Which is more difficult to write?

KC: I do indeed use a combination of invented characters and historic figures. For me, it’s more difficult to work with invented characters because you have to create a persona that reveals strengths and weaknesses, and hopefully shows the character’s growth as the story unfolds. Reeve Waterton and Sarah Kane are invented characters, as are several of Reeve’s men and Sarah’s fiancé. I also incorporated a number of historical figures such as the leadership core of the British and Afghan forces, as well as women and soldiers who were taken hostage and survived.

Which do you prefer to write and why?

KC:  My preference is to write my story so it revolves around the main characters. I choose a place and time where an historical event occurs, and then have my characters work their way through the dilemmas they face. It may sound strange, but as I write I find their decisions even surprise me. They have to face and overcome challenges, and do so in a way that is logical and believable. It’s my feeling that a writer wants their readers to root for the protagonists even though they may sometimes be angry at the characters’ deficiencies. I get closer to invented characters than to actual historical personalities where research has generally revealed their motivations and actions. For me, the historic figures provide links to the setting and conflict of a novel.

In an historical novel you must vividly re-create a place and people in a bygone era.

How did you bring the place and people you are writing about to life?

KC: Read. Read. Read. By the time I finished LAST DANCE IN KABUL, I think I had consulted more than thirty books and atlases to re-create the sense of impending doom hanging over the British occupation force in Afghanistan. Making sure the terrain and weather conditions were correct was one part of the puzzle. Another part was studying paintings and illustrations that depicted costumes, accoutrements, landscapes, and even portraits to provide a real sense of time and place. Because part of my novel occurs during a savage winter, I used some of my own experiences with winter in my native Minnesota to make the scenes more realistic. Brrr!

There often seems to be more scope in historical novels for male characters rather than female characters. Do you prefer to write one sex or the other? And, if so, why?

KC: An interesting question, Dianne. I think that as a male, I probably gravitate more toward writing from a male point of view. However, my first novel BEYOND THE RIVER OF SHAME featured main characters that were actual historical personalities. I tended to focus more on the female lead since she receives generally less attention than her male counterpart both in the books he wrote and in subsequent biographies. I wanted to re-create what she might have seen and experienced as the couple searched for the sources of the Nile River during the 1860s. In LAST DANCE IN KABUL, I wanted Sarah Kane to come across as a confidant and sometimes naïve woman striving against the strictures of early Victorian-era society. To me, it was especially important that Sarah emerge at the conclusion as a woman stretching her physical and emotional strengths to the limit to save the man she has come to love.

Thanks for answering my questions, Ken, and good luck with the launch of Last Dance in Kabul in early August.

Readers are invited to visit Ken’s website. You can also find him on Facebook, Amazon and Goodreads.

The novel is available to pre-order on several online retailers websites: 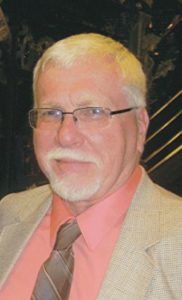 About Ken Czech: Dr. Ken Czech is a retired history professor and an internationally recognized authority on the historical literature of exploration and sport. His passion, however, has turned to writing fiction. He and his wife Mary live in Central Minnesota on an abandoned granite quarry.