Step into Mystery in the Ming Dynasty

Today P.A. De Voe is visiting Ascroft, eh? to tell us about No Way To Die, her latest novel in the Ming Dynasty Mystery series.

Welcome to my blog. Let’s get started, shall we?

PDV: No Way to Die is the second novel in A Ming Dynasty Mystery series. The series is

set in a 14th century Chinese town.  There are two protagonists: Xiang-hua a women’s doctor and Shu-chang a teacher.  They are both young and trying to find their footing in life. Xiang-hua was trained by her grandmother and is constantly trying to live up to her family’s expectations. She puts up a brave face in everything she does, but fear of failure is her constant companion.

While Shu-chang was away, his father and uncle were murdered as they tried to protect their village. With no evidence to go on, the district’s magistrate gives up looking for the murderers. Shu-chang vows to find their murderers. Yet, he is now destitute and has to take a teaching job in a small school in another town where he meets Xiang-hua. His inability to bring his father and uncle justice haunts him, even as he helps to solve crimes for others.

Short Description of No Way to Die, A Ming Dynasty Mystery:

Through mystery and intrigue, No Way To Die transports the reader into the complex and engaging world of early Ming China.

When a peddler finds a partially mutilated body of a stranger, the unlikely duo of a young scholar and a local women’s doctor once more join forces to discover who killed him and why. In probing the highly gendered world of early Ming China, unanticipated questions surface, complicating their investigation.

As their case rapidly transitions into the unexpected, they find all roads leading away from the victim, forcing them to consider alternate routes. Was the death the result of inexorable bad karma and beyond their purview, or merely the result of mortal foul play? Was the murdered man the intended victim? If not, who was and why? The investigation leads to a growing list of potential suspects: a lustful herbalist, an unscrupulous neighbor, a vengeful farmer, a jealous husband, a scorned wife, and a band of thieves. Who is innocent and who is the culprit? To solve the murder and bring peace to the victim’s spirit, the duo must untangle the truth and do it before the murderer strikes again.

PDV: I often find ideas for stories in the court documents from the last two Chinese dynasties. By reviewing the court’s cursory case files, I can see what kinds of serious crimes were committed, as well as the punishments handed down. These make the kernel of a story. My characters are imaginary, however, they may also be modelled after real people. For example, Xiang-hua is a women’s doctor who was trained by her grandmother. I modelled Xiang-hua after a real women’s doctor who lived in the Ming Dynasty.

PDV: An underlying theme is the importance of family in providing support and what happens when there is no such support. I wrote about this because family has been the bedrock of Chinese culture—both for good and bad. And this is one of the familiar strains for the readers, too, since family is also key to the readers’ life.

PDV: I want characters that are realistic, yet are not tied to the conventions of their time. At a time when young women were more and more controlled by their parents—kept at home, little education—there were other families who saw a more inclusive life for their daughters. Such was Xiang-hua’s family, who, as I said, was based on a real person in history. I wanted someone who could get out of the house and could visit women of all social backgrounds. A medical doctor fit the bill perfectly.

PDV: Through short descriptions where relevant. This is one of the more difficult parts in writing early Ming Dynasty stories. Most readers will not come to the book with a clear idea of what a Chinese town looks like. Therefore, I need to balance between writing too much (and boring the reader) and writing too little. It’s an on-going challenge.

PDV: I read extensively about Chinese lifestyles, law, religion, etc. I watch Chinese movies in order to capture some of the characters’ sensibilities. Particularly how they manage to show intense emotion without showing intense emotion. Body language is very important. There is no one alive who can tell me what it’s like living in the 14th century, but I can extrapolate from a range of sources.

Thanks for answering my questions and good luck with No Way To Die, the latest book in the Ming Dynasty Mystery series.

The novel is available online at Amazon 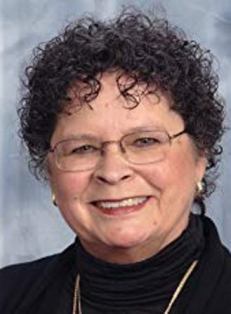 About P.A. De Voe: She is an anthropologist with a PhD in Asian studies and a specialty in China. She has authored several stories featuring the early Ming Dynasty: The Mei-hua Trilogy: Hidden, Warned, and Trapped; the A Ming Dynasty Mystery series with Deadly Relations and No Way to Die; Lotus Shoes, a Mei-hua short story; and a collection of short stories: Judge Lu’s Case Files, stories of Crime & Mystery in Imperial China. Warned won a Silver Falchion Award for Best International Mystery; Trapped was a finalist for an Agatha Award and for a Silver Falchion Award. Her short story, The Immortality Mushroom, (a Judge Lu story) was in the Anthony Award-winning anthology Murder Under the Oaks edited by Art Taylor.

2 Responses to Step into Mystery in the Ming Dynasty